Tom takes fundraising to the next level!

11 June 2021 Our very own Tom O’Shea who is South East regional sales manager within our medical division, has recently undertaken a huge challenge all for a cause very close to his heart. Here, in our latest, blog he tells us more. 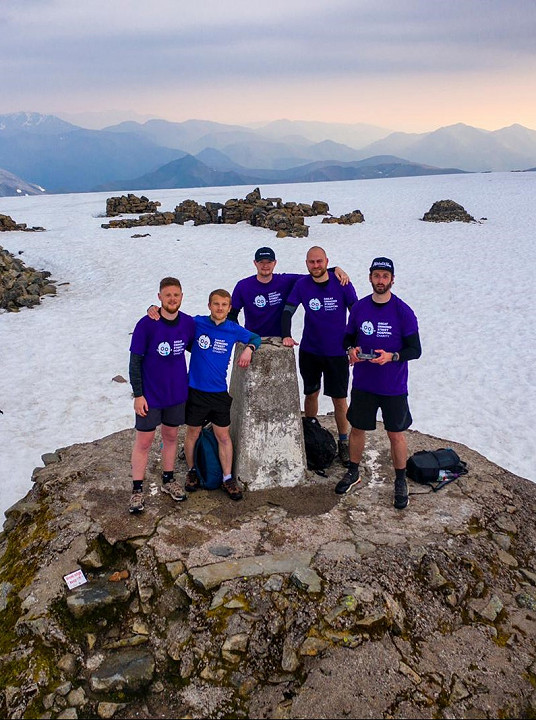 There is quite a special reason why I wanted to take on a fundraising challenge and it was driven by the support my family received from Great Ormond Street Children’s Hospital (GOSH) in London.

My son Sam was diagnosed with a condition called Sagittal Craniosynostosis at just four months old and referred directly to GOSH where he received the most amazing care.

Sagittal Craniosynostosis is something I had never heard of nor knew anything about. In short, it is a condition where parts of the skull fuse together too soon causing an abnormality to its shape and, in turn, can interfere with normal growth of the brain and skull. There are no known causes of craniosynostosis and treatment can involve skull re-shaping surgery within the first months of life.

Thankfully, Sam was diagnosed early and a multidisciplinary team carried out two surgical procedures using an innovative spring assisted method to rectify the shape of his skull and re-open the fused areas. The whole team were fantastic with Sam and really looked after us during this difficult period. I can't express enough our gratitude for the support we received. I knew I wanted to do something to raise awareness about this condition but also give something back to GOSH and highlight the fantastic work they do. I just needed to find the right challenge!

In all honesty that decision didn’t take too long as climbing each of the Three Peaks is something I’ve always wanted to do but I’d just never imagined doing it with a 24 hour time frame! The event I took part in involved reaching the summit of Ben Nevis (1,344m), Scafell Pike (978m) and Snowden (1,085m) which are three of the tallest ranges in the UK, totalling a 23-mile trek, all in 24 hours.

I roped in a group of five friends to do it with me and we all felt completely out of our comfort zone! Although all in-experienced, everyone was keen to get involved and support such a great cause and I wouldn’t have raised anywhere near what we did without their support.

Looking back now, it was a fantastic experience. The euphoria of reaching each summit was hard to explain. There were times I thought I couldn’t go on – my legs had given up, tiredness and exhaustion had crept in, but we all encouraged one another and the sheer determination to complete the challenge in 24 hours saw us through. A roller-coaster of emotions to say the least.

There was one word only for when we finished. Exhausted! A great sense of achievement, one of which hasn’t quite sunk in yet. But overall, I am really humbled by the support of our friends and family. Our target was £500 but we raised £2,226 which is a fantastic amount of money and by doing so hope to have highlighted the great work GOSH do and made a small difference in helping to increase awareness of Craniosynostosis.

I’m extremely thankful to everyone who donated. I hope to continue fundraising efforts for the charity and undertake other challenges in the future so watch this space!